The TS Board of Intermediate Education declared that 1,137 out of 3.8 lakh candidates who had failed the exams had actually passed. The declaration of results in the previous month led to protests by parents, student organizations and political parties. Several students had committed suicide as they failed to clear the intermediate exams including the nephew of Telugu Desam Party Rajya Sabha MP CM Ramesh.

Out of the 1,137 candidates, 552 are from II year and 585 are from I year. These second year students can now pursue their graduation courses.

TSBIE said re-verification and re-evaluation of answer scripts of failed candidates was stared on April 26. 9,43,005 candidates appeared for the Intermediate Exams in March. Due to some goof-up 3,82,116 had failed.  The second level checking using artificial intelligence and scanning for 19,788 answer scripts is still on. The re-evaluation had benefited 2.97 per cent of the students. 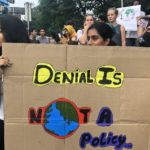 Many youngsters participated in global movement against inaction on climate change 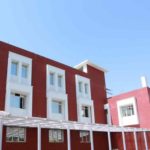