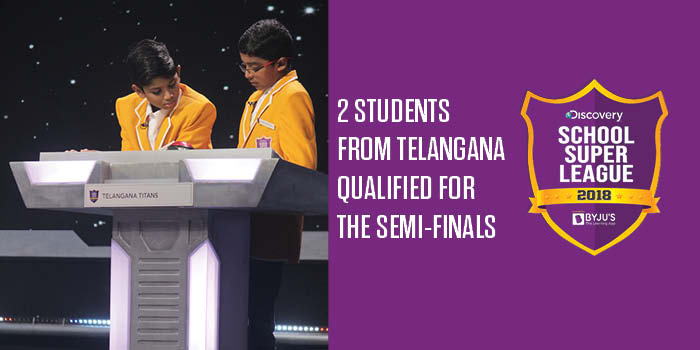 60 students make it to the semi-finals of Discovery School Super League after a grueling selection in which 43-lakh students from 12,300 schools participated

Hyderabad | April 25, 2019 – Vaibhav Indukuri from Creek Planet School Venus Campus, Hyderabad and V Sriyans Reddy from Tejaswi High School, Warangal, have made their city proud by qualifying for the semi-finals (the TV phase) of DISCOVERY SCHOOL SUPER LEAGUE POWERED BY BYJU’s. The team from Telangana will compete with teams from 28 other states as well as 1 Union Territory (Delhi) for the national title as well as a chance to visit NASA. DSSL reached 12000+ schools across India where 43.7 lakh students participated in the initial round. An additional 3.7 lakh wild card entries came through Byju’s app. Toppers from each school qualified for the next phase. The phase 2 test was conducted in 196 cities – 2 toppers from each state qualified for the semis.  The on-air phase will feature 30 state-wise teams and will complete in 5 semi-finals (6 teams per episode). Discovery School Super League premieres April 28 at 1:00 pm on Discovery Channel and Discovery HD World. The quiz show will also be showcased on Discovery Science and Discovery Kids starting May 01, 2019. 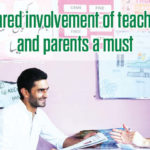 Shared involvement of teachers and parents a must

Pankaj Advani aces as the world champion for the 20th time