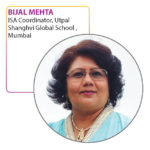 Do I admit my kid in a coed school? This is a question that concerns many a parent. Opinions are divided.  There are some schools that start separate classes once the girls or boys attain a certain age while some schools are single sex schools right from the kindergarten.

School is preparation for adult life; boys and girls learn to interact as equals in the workplace if they have experience interacting as equals. Coed schools are the perfect place as both are treated and evaluated equally. There is no gender bias.

Men and women are supposed to interact and work and one cannot shelter a child from the opposite sex forever. Learning happens throughout life and a lot of this learning occurs through inter-sex interaction.

Research shows that students from single sex schools are more hesitant about expressing their view in front of members of the opposite sex and have more trouble forming friendship with opposite sex.

Conversely, students enrolled in mixed classrooms experience being with members of the opposite sex and become familiar with. The familiarity will teach students about equal co-existence and subsequently prepare for the time they will set-off from school boundaries to deal various people.  This socialization of pupils leads to improved social and personal development. Both girls and boys in coed school become more self-confident, well balanced and better equipped to make new friends than their counterparts in single-sex schools.

Coeducation advocates and researchers also report that segregating students by gender can lead to greater gender discrimination and make it harder for students to deal with the other sex later in life. Both genders have different ways of expressing themselves, studying in coed schools can help an individual with communication skills.

Reaching out to the marginalised