Mr Brownell whose works of saving forest lands have made him win the Goldman prize. Along with him, another five activists have also been awarded for their grassroots environmental activism. By philanthropists Richard and Rhoda Goldman this prize was created in 1989. From the nominations made by environmental organizations and others, the winners are selected. This prize carries a $200,000 award. The other five activists are:

The seven-year campaign of Ana Colovic Lesoska of North Macedonia has helped to stop hydroelectric projects from being built in the country’s largest national park.

Bayarjargal Agvaantseren of Mongolia has led the fight to create the Tost Tosonbumba Nature Reserve.

Jacqueline Evans of the Cook Islands, work has led to the conservation & sustainable management the Cook Islands’ ocean territory as well as the creation of 15 marine protected areas.

Alberto Curamil of Chile had protested several hydroelectric projects in the country is a jailed indigenous activist. 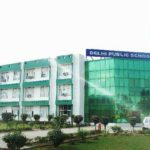 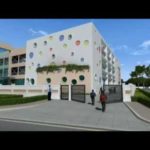