The UN Ad Hoc Interagency Coordinating Group on Antimicrobial Resistance in a report which got released recently warned that there is a possibility for Drug-resistant diseases to cause 10 million deaths each year by 2050. It further added that 24 million people could be forced up into extreme poverty due to antimicrobial resistance by 2030. The report stated that in the current scenario, around 7,00,000 people die each year because of drug-resistant diseases which include 2,30,000 people who die due to multidrug-resistant tuberculosis.

Amina Mohammed, UN deputy secretary-general said that one of the greatest threats that we face today as a global community is an Antimicrobial resistance and in order to protect a century of progress in health there is a need to curb its rise.  The countries have been recommended to prioritise national action plans related to stronger regulatory systems, support awareness programs in careful use of antimicrobials and finally to have full-fledged research & development to develop new technologies that can combat antimicrobial resistance. 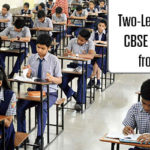 Two-level exams to be introduced by CBSE for Class 10 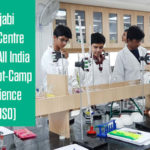