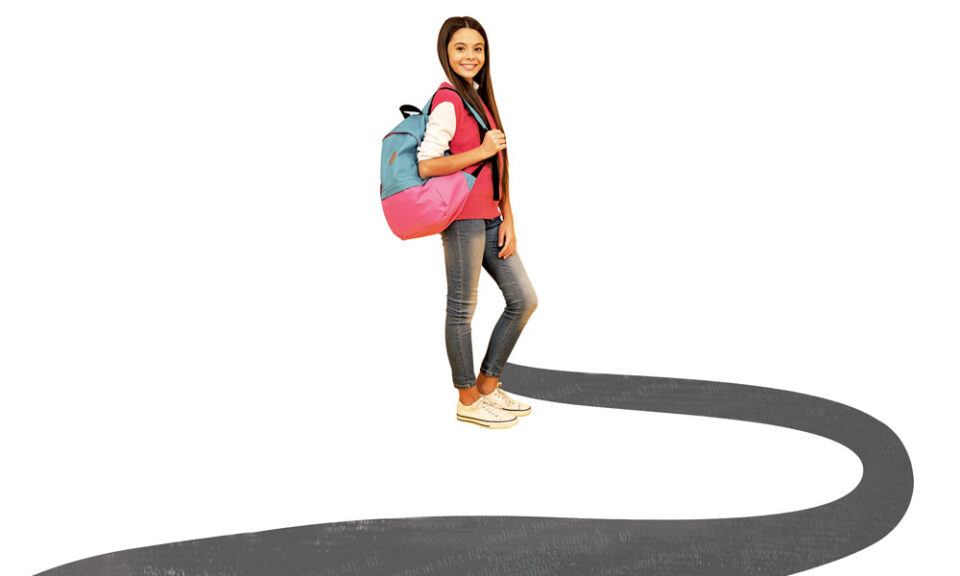 In the recent parliament session in August, answering a question the Minister of External Affairs V Muraleedharan informed the Rajya Sabha in a written reply that the number of Indian students, who departed for higher education in the current year, stood at 1,33,135 while there were 4,44,553 students in 2021 and 2,59,655 in 2020. Many of them learn, relearn and unlearn in foreign universities and it is now a known fact that even graduates from IITs undergo the process of relearning. The heavily loaded teacher-centric education system is the reason, aver experts.

If there were good job and research opportunities in India, the youth aspiring to go abroad could be stopped. For this proper career guidance is imperative says, Dr JSS Singh, Vice Chancellor, JSS Academy of Higher Education and Research. He goes on to add, “Career counseling at an early age helps.”

A career in sports, for instance, is not taken seriously. Parents even today do not support children wishing to make a career in sport. There has been a lot of appreciation to the Indian contingent that bagged 61 medals at the recently concluded Commonwealth Games held at Birmingham but for a country with 130 crore population, the medals tally does not justify the potential says Dr Maxwell Trevor, former 10 times national champion in cycling. He adds, “If India is to make a mark in the world of sports, children should enter the sport by the age 6-7 and schools should support. There are no counselors in schools to help students and also parents.” Before choosing a career path, there is a need for someone to show a roadmap and that is the role of a career counselor. While educational institutions spend a lot of money on infrastructure and faculty, they are not giving due importance to career counselors.

The Youth of India 2022 Report by the Ministry of Statistics and Programme Implementation (MoSPI) projected that 371.4 million people in India belong to the age group of 15-29 years, which is around 27.2% of the total population. And the surprising fact is that according to the Centre for Monitoring Indian Economy (CMIE), less than 36 per cent of the working-age population in India was employed as of June 2022.

One of the most important problems related to unemployment in India is the lack of skills among employable people. The India Skills Report, 2022, released in February, found that 45.9% of young people would be considered employable. 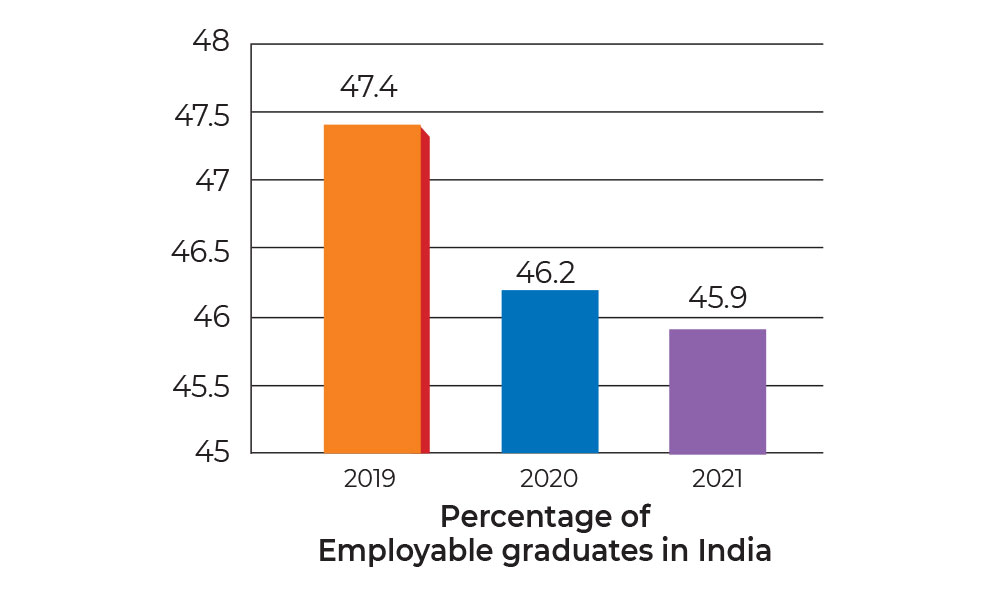 The above data clearly shows that the numbers are going down each year. Most higher education institutions are focused on imparting theoretical knowledge to their students and not skills. There are also instances of people changing their field of work after graduation due to a loss of interest.

Even though there is a plethora of higher education and job opportunities in India, studies show most Indian youths follow their parents’ decisions before choosing a career path and these decisions are restricted to very few options. 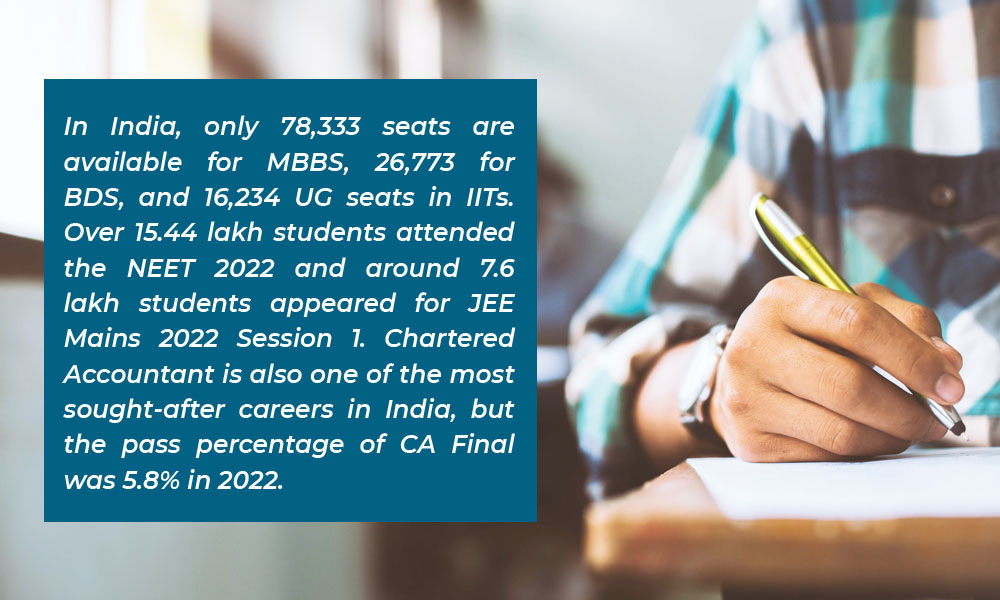 According to a report by iDream Career, there are only 500 career counselors for every 1.5 million students in India; in comparison, the US has 1:492.

According to the same report, around 86 per cent of Indian students are genuinely concerned about their job and education since they have limited knowledge about higher education options and various career fields. But, out of these 86 per cent, almost 92 per cent of students do not have the means to attend any career counseling sessions.

A career advisor or counselor is an expert in inspecting students’ skillsets and interest levels and suggests a career path. In India, most people who work as career guidance counselors are unqualified. In the words of Parvin Malhotra, a career counselor, “Career agents calling themselves career counselors without the requisite skills have also contributed to the problem with rampant cases of uninformed career choices and new entrants quitting jobs midway due to low job satisfaction levels.” 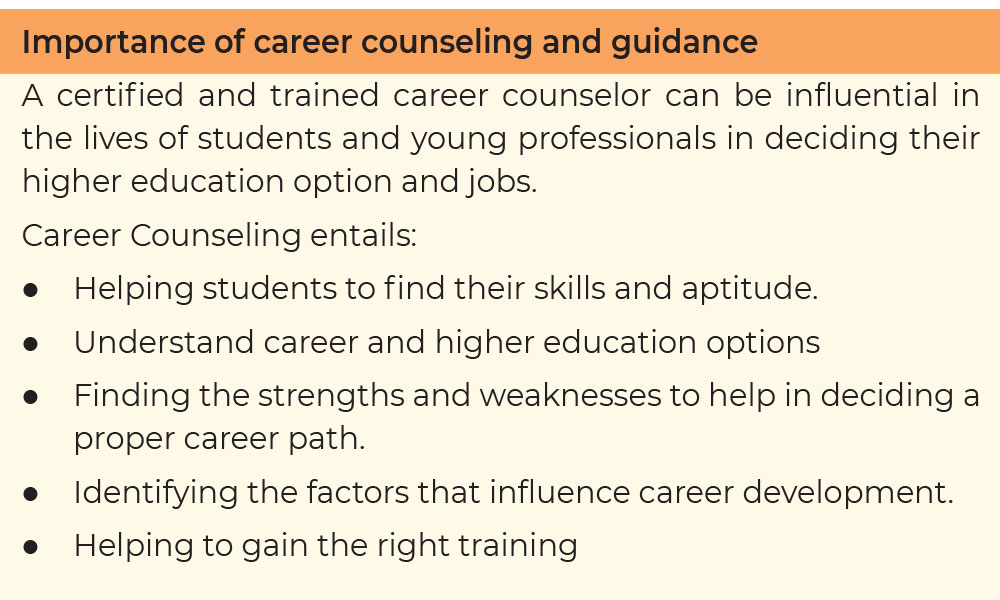 Around 1.4 crore students attended the class 12 examinations in India in 2022. A vast majority of these students completed their school education without any proper knowledge of the higher education options available to them. This can be attributed to the poor or limited career guidance available.

Most importantly, a significant number of students among them will be competing for the few seats available in IITs, medical and chartered accountancy courses, due to parental and peer pressure. Those who miss out, settle for a degree or diploma chosen by their family. The situation is changing in metropolitan cities as the young have started to stand up and voice their opinion about a career choice but just 100 km away from any Indian city and town, the situation is as it was. 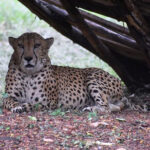 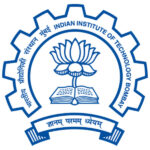 Do parents trust your school?

EVERY SCHOOL IS A CLASS BY ITSELF