A panel of retired senior government officers is being formed by the Central Board of Secondary Education (CBSE) who can be appointed as enquiry officers. A CBSE official stated, “These officers will be responsible to conduct departmental inquiries.”

As per PTI reports on the official statements, the panel will be valid for a period of three years and the number of disciplinary cases assigned to an inquiry officer will be restricted to eight cases in a year with not more than 4 cases at a time.

“CBSE proposes to prepare a panel of retired officers of the central government, state government and PSUs who retired from the post of Additional Secretary, Joint Secretary, Director and Deputy Secretary or equivalent rank, to be appointed as inquiry officer for the purpose of conducting departmental inquiries in CBSE,” confirms a senior board official.

Further details revealed in the media reports state, “A review of every empanelled inquiry officer will be done after receipt of two inquiry reports, where adherence to the timelines and the procedure and quality of work will be assessed by the office. Subsequent allocation of work may be done only after such evaluation. The services of the Inquiry Officers whose performance is not up to the mark will be terminated with the approval of the appointing authority.” 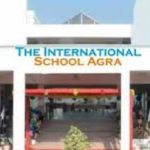 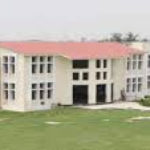 Lesser Known Facts about the Father of Green Revolution

‘When we reimagine education, we must imagine it for everyone’: Tharoor