The Union Cabinet approved the proposed human spaceflight mission named Gaganyaan to send astronauts to space with a budget of Rs 10,000 crore. The feat is to be achieved anytime by 2022.

Union Minister Shankar Prasad announced in a press conference that “The Union Cabinet has approved the Gaganyaan project under which a three member crew will be sent to space for at least seven days.”

This was first announced by PM Narendra Modi on Independence Day this year in his speech from the Red Fort and the Indian Space Research Organization (ISRO). According to an earlier report by Times of India, the process has already been kick-started by ISRO. They are already selecting experiments that can be performed in the LEO or Low Earth Orbit. The Indian astronauts are being termed as Gaganauts.

An ISRO official mentioned to TOI that “While we have indicated 10 areas that we are interested in, we won’t be restricting experiments to just these areas. Also, we will be getting specific experiments in these areas from various institutions across India.”

They had already announced about the LEO-based microgravity experiments. K Sivan, Chairman, ISRO is already very confident about achieving this marvelous feat by 2022. 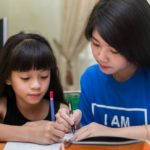