The youngest Member of Parliament to the 17th Lok Sabha is a 25-year-old engineering graduate from Odisha. Replacing Dushyant Chautala, Chandrani Murmu was elected as Biju Janata Dal (BJD) candidate from the Keonjhar seat. Representing the tribal-dominated Keonjhar she has become the youngest parliamentarian in the country. Murmu created history by becoming the youngest Lok Sabha member ever at the age of 25 years and 11 months.

After completing her BTech from Bhubaneswar-based SOA University in 2017, a few months ago she was just a simple girl like any other girl searching for a job and preparing for competitive exams. Expressing her gratitude to the people of Keonjhar and BJD chief Naveen Patnaik she said that she will utilize this opportunity to serve the people.

The major focus for her was on generating employment in her region, and to ensure this she will accelerate in setting up of new industries.

There are a total of seven women MPs in Odisha, being the first state ever to have 33 percent or the largest share of women MPs of its total of 21 seats. 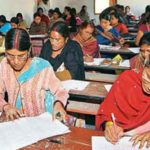 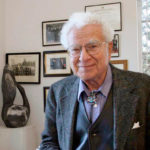 Education Comes to a Standstill as COVID-19 Strikes the World