Some private schools in Punjab have introduced a chapter on the yearlong farmer’s struggle that was conducted by the farmers of Punjab and Haryana at the borders of the national capital of the country in Delhi, on the December of 2021. The book has been introduced as a part of the curriculum for class 6 students in certain private schools in the state. The book has not been approved by the Punjab School Education Board yet.

The book introduced by the Punjab board, ‘Moh Dian Tanda’ which roughly translates as the ‘Emotions of Affection’ have several chapters and one especially on farmers struggle that is being highlighted. The book has been compiled by Jagjit Singh, a teacher who is associated with various educational institutions in the state. The book will soon be sent to ‘PSEB’ for approval and at least the chapter pertaining to the farmer’s struggle will be retained. This is being done so that the government school students also get a chance to study about the event.
The book has already been introduced in the curriculum of Saeba International School, Lehragaga and a few other private schools in Punjab. The chapter on the farmer’s struggle has the history of the event, how it commenced and how the event came to an end with the farmers emerging victorious at the end. Exercises have been added at the end of the chapter for the students.
The farmers struggle officially began when the farmers from Punjab and Haryana marched to Delhi on November 26, 2020 to protest against the repressive laws passed in both the houses of the parliament. The chapter also details how they were detained at Singhu and Tikri, the border of Delhi, where they kept on protesting till December 15, 2021 demanding the laws to be repealed by the central government. Farmers from states like Uttarakhand, Uttar Pradesh and Rajasthan were seen protesting at Ghazipur.
Jagjit Singh Dhuri stated that it was pertinent that the State Board of Punjab acknowledged the chapter on the farmer’s movement so that children could learn about the historic event. 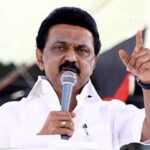 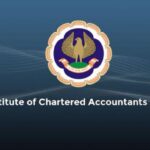 ICAI to promote commerce education in Jammu and Kashmir

Maharashtra Postpones Class X, XII State Board Exams till May 2021