For street-connected children, the first ever Cricket World Cup is about to take place in May which is going to be ahead of the 2019 ICC Cricket World Cup in England and Wales. The basic purpose is to unite players from across the world and tackle the widespread stigma they face along with raising awareness. In this tournament, a total of ten teams is participating. India will be fielding two teams – one from the North and the other from the South. On May 7 at the prestigious Lord’s Cricket Ground the finals will take place.

The young Indian players will represent our country at the first Cricket World Cup for street-connected children who have played from the streets of Chennai and who will be playing at Lord’s. Seventeen-year-old Paulraj B is a key player in the team India (South) that will be represented by two organizations which are Karunalayala Social Service Society and Magic Bus. He is a part of an eight-member team including four boys and four girls, and this is the first time they are going abroad in their lives to play for the Street Child Cricket World Cup.

His teammate Monisha B aka Bhavani is also representing this tournament and is determined to make a mark. 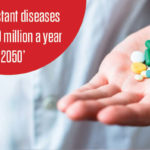 By 2050, Drug-resistant diseases may kill 10 million a year 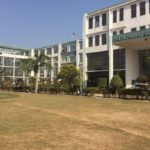