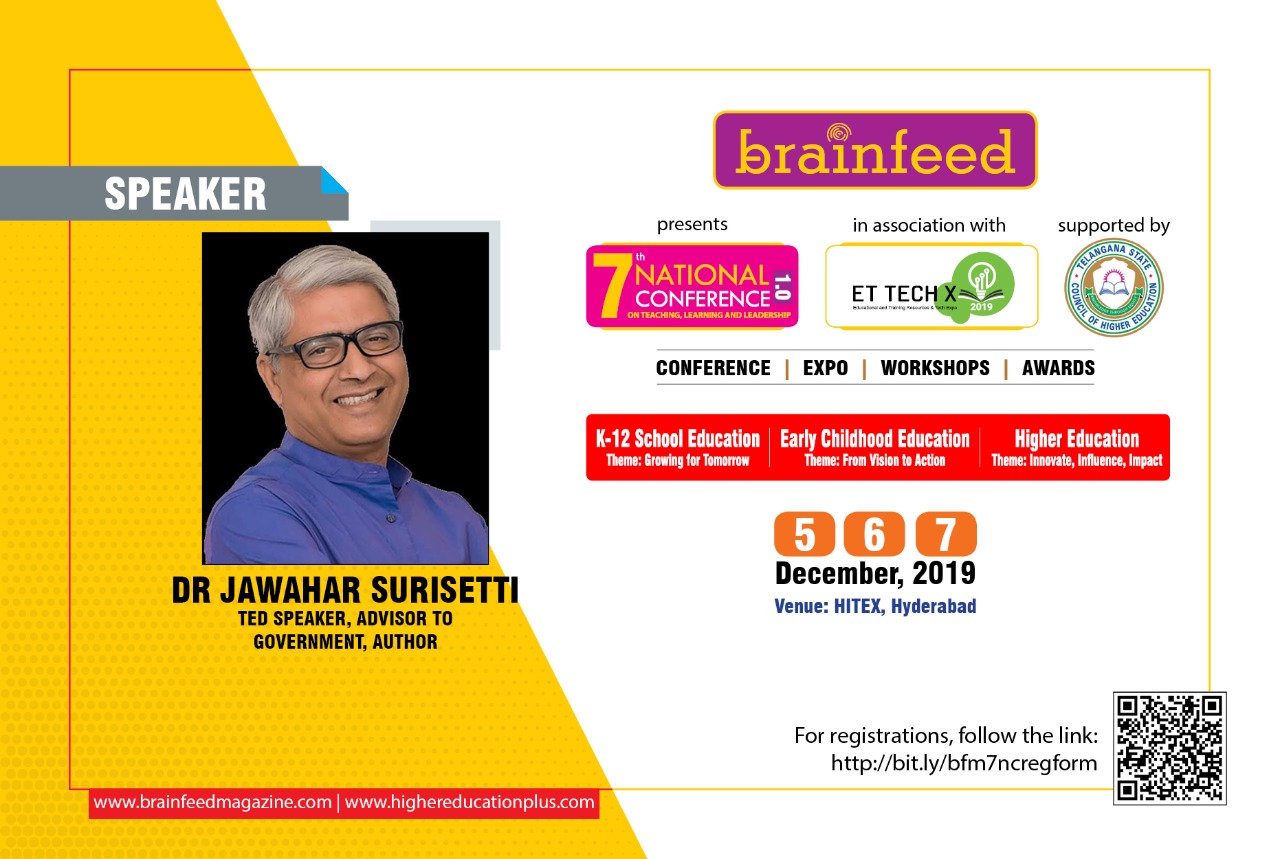 Dr Jawahar Surisetti is an eminent education and child psychologist, TEDx Speaker and bestselling author. He has been lately adjudged as one of the top 24 policymakers of India by leading daily Indian Express.

He advises the Government of India on policy issues and innovations in education, startups and youth affairs. Known worldwide as the Think Professor for his Art Of Thinking, he engages with 2.4 lakh children and parents across the globe through the UN expedition called Explora – exploring the minds of the youths. His two bestselling parenting guides “Mama & Me “ for parents of kids aged newborn to 5 years having sold more than 1.7 million copies worldwide and “ Go To Hell or Come To Me “ for parents of teens released last year. His exemplary social enterprises have like MyBeti for the Girl Child, Religion of Youth for youth and Happea for the happiness of the world have been applauded by the UN and included in the SDG Report in 2017-18. His innovation Think Curriculum, for which he has been awarded an honorary doctorate by Columbia University, fosters thinking in learning. His 3412 lectures, seminars and workshops till date in 76 countries of the world have received rave reviews for their effectivity and simplicity.

Let Every Day Be Teacher’s Day

HSC, SSC Results Out for supplementary exams: Maharashtra Board

Impulse control and self- regulation, the two skills to acquire as schools reopen

Potential of AI in tutoring

CBSE Board Facilitates Change of Exam Centre to Students