When bureaucratic interference increases, self-regulatory system marks as a guaranteed method of bringing in increased accountability

I have always supported autonomy of schools in the matters of financial management, administration, institutional organization, recruitment, curriculum transactions and innovation. These are absolutely necessary for quality education. Autonomy and accountability are like two sides of the same coin. There is no iota of doubt that private schools have played a pivotal role in elementary education in partnership with the State to realize the goal of the government to achieve 100% literacy.

It is a matter of shame for the country that even after 70 years of Independence we have not been able to eradicate illiteracy. The Government alone cannot accomplish this mammoth task unless and until it decides to work in partnership with the private sector. Despite all the constraints, problems and bureaucratic interference, private schools are not leaving any stone unturned to achieve the desired goal. It is because of efforts put in by the private schools, the enrolment of children has gone up tremendously in the last few decades. The total enrolment of children studying in elementary schools has increased to 40% of the total enrolment in the private sector.

Private schools are gaining popularity and the demand for seats in private schools has increased substantially. It is therefore expected that the government should also come forward and whole heartedly appreciate the efforts of the private sector for its outstanding contribution in ensuring quality education for the masses.

Reasons why private schools outshine their counterparts include professionalism, empowerment of teachers with continuous and intensive in-service, training programmes, focus on holistic education, use of Information Technology as a powerful tool for an effective teaching learning process and accountability.

From times immemorial, education has been managed by the private sector with patronage from the government. Education managed by individuals and groups of social activists, philanthropists has always enjoyed autonomy in the matter of curriculum, recruitment of staff and management.

During the post-independence period, a huge population of refugees settled down in India. The major concerns of the government were the rehabilitation of the huge population and making provisions for quality education of the children. The government as well as the private sector played an important role by opening schools to meet the demand of educating the children of the refugees. This was again a period when private schools came forward to support the government to meet the huge demand for school education.

No one can deny the outstanding role of private schools in education which has supported the government in meeting the colossal demand for school education. However, the time has come wherein the school managements are required to be more responsible, transparent and accountable. Government regulations in curbing the autonomy of private schools can be disastrous.

Implementation of a self-regulatory system is a guaranteed method of bringing in increased accountability. A document has been produced by FICCI on self-regulatory mechanism.

We should all work together to ensure that we bring in some fundamental changes in our working system and foster increased professionalism. The document on the self-regulatory system shall prove to be very useful for all of us. 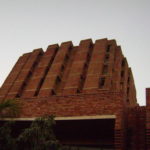 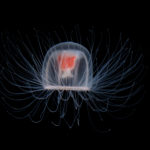 Do you want to live forever? Well this Jellyfish does!

This is the secret key to happiness!

Breaking the stigma against Non-STEM education