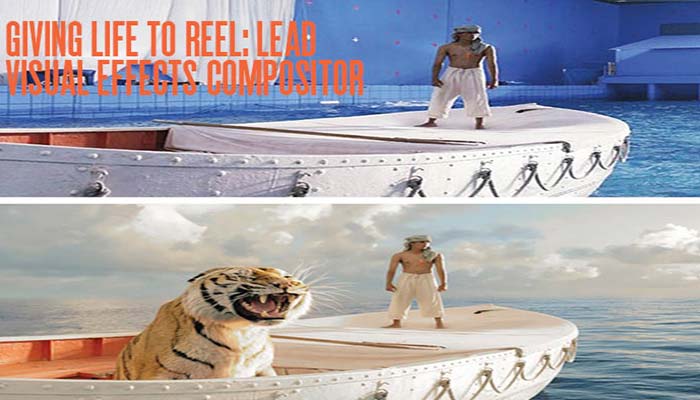 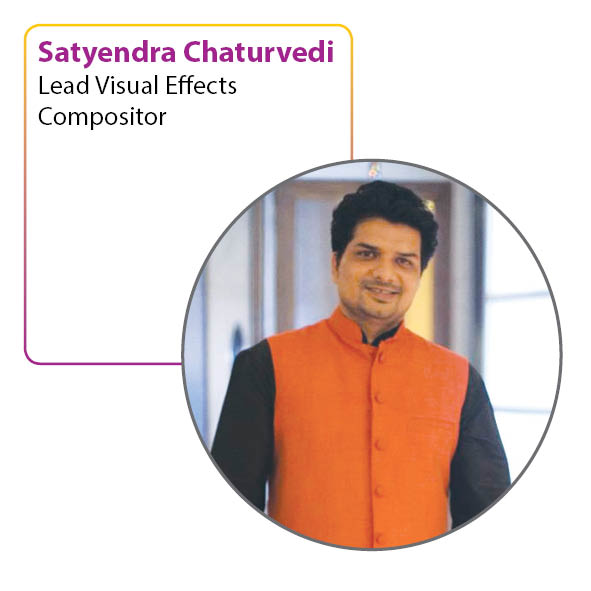 Hailing from a small town, Shivpuri, Madhya Pradesh where scope to build a career was close to zero, Satyendra Chaturvedi learned about various kinds of career opportunities from several books that he bought. After completing BCom in 2003, he went on to pursue a career in Visual Effects through a course from Arena, Indore- Multimedia Specialization.
The field was still not that popular and he moved to Mumbai in search of projects in many studios. Several types of software were taught in the course for different media ranging from print, television, film to digital. Ultimately he was recruited as a roto artist by Prime Focus VFX who has tied up with Hollywood-based Double Negative (DNEG).
He has already worked in several Bollywood and Hollywood movies, DC’s Aquaman being the most recent where he was the Lead Compositor.

Compositing comes after Modelling, Texturing, Rigging and Animation. The responsibility of the compositing department, which I lead, is to make the scene, the character, look real. We receive the animated scene with a rough lighting. We check it, comb it, enhance it, smoothen it by matching the black and whites. Suppose, lighting is already done, but the character is looking white in a night sky. So, here, we need to match the character with its environment. Lead Visual Effects Compositor Lead Visual Effects Compositor

Then there are places where we have to position the 3D created object in between two objects shot together in live action like placing dinosaur between a bus and the house. Here, rotoscopy comes handy.

Also, if there are any mistakes by any of the other departments such as errors in modelling, lighting or animation, all these will be managed by a compositor.

How has the world of Compositing evolved?

After AfterEffects, a range of softwares entered the market- Combustion, Shake and Digital Fusion. Then Nuke came and it is stable in the market since then. So, that was the time when many things were changing, reforming and it was an initial stage. There were very few artists, very few institutions and compositing was known to none. Gradually, the awareness and knowledge has spread. 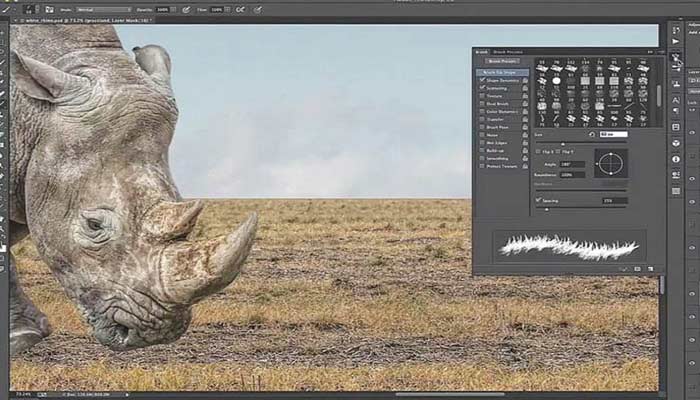 What’s the scope in India?

Numerous studios for Television and Film productions have newly started and many are coming here from Hollywood as well such as Legend 3D in Pune, MPC in Bengaluru, Digital Domain and Tau Films in Hyderabad.

You have worked for both national and international projects. What differences have you observed and experienced?

Firstly, budget is the major factor where the difference starts. The film which has investment in dollars compared to films in India where rupees are being invested, definitely highlight the gap in budget.

Also, in India, the challenge was (and somewhat it is there today too) that people are not ready to invest in VFX. Recently, the graph is changing and the major credit to change this trend goes to Bahubali. Their budget for VFX was really high. Thereafter, movies like Akshay Kumar and Rajnikant’s 2.0, Shahrukh Khan’s RaOne invested highly in VFX. Old movies like Jajantaram Mamantaram, Love 2050 also invested good amount in VFX but the movies weren’t successful. But Bahubali broke that myth and now people are open to invest heavily in VFX. Otherwise, the trend in Bollywood is the movies are pushed to success either through story-based plot or through stardom.

Actually, every movie has some or the other type of VFX effects. The only difference is in the budget. Difference in Hollywood and Bollywood is firstly, budget and secondly, the quality. People in Hollywood, spend on quality and take time to research and produce a movie. For example, for Avatar, they invested 7 years for research alone.

However, gradually Indian market is gaining the momentum towards betterment too.

Maxplore: “Explore” entrepreneurship to the “maximum” 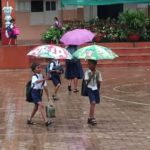 Pedagogy: How good a learner are you?