With the advent of science and technology, the practice of communicating with one another has started to fade away, just like the mist which vanishes when the sun rays illuminate the earth. This has disconnected people from the real world and instead glided them to the virtual. Are we now addicted to the virtual world or is the virtual world the new real world? The reasons could be subjective. However, there are a few of us who are in the state of denial; denial to meet new people or socialism.

One such matter that has always been an ‘enemy’ to most people is the fear of speaking in public. Public speaking is one of the most ubiquitous fears (some consider it be scarier than death). Researchers (from the National Institute of Mental Health) have found that around 73 percent of all people suffer from fear of speaking in public. Of course, the level of anxiety differs from person to person. There are those who are most comfortable chatting with others in the virtual world and participate in online forums but, cannot utter a word fluently when present in the real world amidst 10 people.

The fear of speaking in public, glossophobia can evoke feelings of discomfort and anxiety which can be associated with trembling, sweating, and a racing heartbeat. I have known people who have struggled and are still struggling to fight against this ‘enemy’ or whom I call; the ‘abstract monster’.

The fight-or-flight situation worked very well when humans had to face aggression by enemies and wild animals, but it is not effective when you are in an interview or in a conference room. These people have a strong fear of being judged, embarrassed, or even getting rejected. The root of such phobia could be different for different people but it surely has to be an unpleasant one as it triggers stress.

The 21st century demands real competition in roughly all the fields. There are many professions which do not demand the need to speak in front of an audience but have you chosen ‘that’ profession just to be comfortable in the cocoon of excessive self consciousness? If that is the case, then it’s the need of the hour to break the shell and explore the beauty of speaking in public. You can enroll yourself into public speaking clubs.

In educational training, speaking skills are rarely taught in any formal or conventional sense. However, a good teacher should have good communication skills to verbalize clear messages to the students. The way one expresses his/her thoughts have to be very clear, crisp, and concise. This will help in building a stronger teacher-student relation. An eloquent educator can certainly inspire the students to be perspicuous, as the young minds are exposed to public speaking at a budding age. The teaching profession does not limit its existence to the four walls of the school but also demands to practice the freedom to speak their mind if any progress is to be made as a thinking society. In fact, the right to speech is a fundamental right and no one deserves to exercise it more than teachers who have both good intentions as well as the knowledge to backup their ideas.

With the re-strengthening of non-verbal communication, that is, texting ‘thanks’ to the explosive speed of smartphone sales and the dive in mobile internet charges, there is an urgent need to reinforce the skill of verbalizing thoughts among students through activities that plant the seeds of public speaking at an early age. Who better to carry out this mission than teachers who intellectually raise students into confident citizens capable of expressing their thoughts verbally in any scenario? A positive step forward would be to substitute a few assignments with verbal presentations that first start out as a team presentation to build confidence and later evolve into individual presentation. Another step forward would be the building of debate teams within the class and encouraging groups to verbalize their points as effectively as possible. This could be conducted once in a fortnight for example, with the winning team being given less homework or an additional bonus. Small steps like these will go a long way in addressing the monster, i.e, glossophobia.

As someone has rightly said, “Practice makes a man perfect”. Hence, do not worry if you are glossophobic, for there are possible ways to succumb fear. 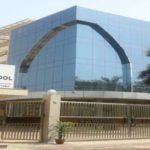 ENTREPRENEURSHIP IN THE CURRICULUM, A NEED