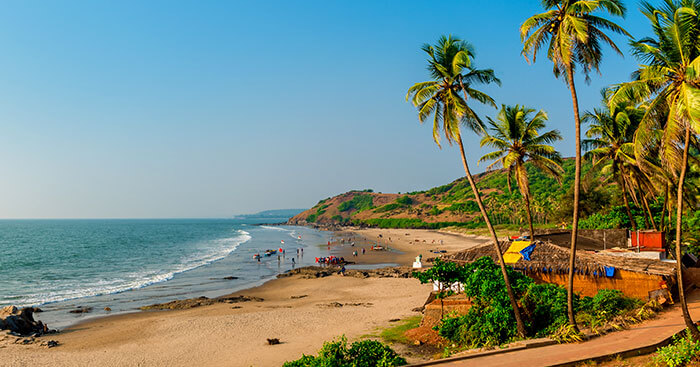 Sun, sea, sand, seafood, spices and spirituality; Goa is the kaleidoscopic mixture of all these along with Indian and Portuguese culture. The smallest state of India is like a powerhouse of everything that a traveler wishes for, with its exotic beaches, trance parties, cultural heritages, rocky hills, old buildings, thriving nightlife, casinos and adventure sports. Goa became the 25th state in 1987 after the official declaration by PM Rajiv Gandhi.

Being one of the major trading centres in India, Goa attracted powerful traders, merchants, seafarers, dynasties, monks and missionaries. Brahmins called Saraswats are believed to be the 1st settlers. Being part of the Mauryan Empire in the 3rd century BC, it was dominated by the Satavahanas of Kolhapur at first and then handed over to the Chalukyas of Badami.

With a motive of controlling the spice route of the East, the seafaring Portuguese arrived at Goa in 1510. The geography of Goa with wide rivers, natural harbours and ready connections with several other nations was perfect for them to settle. They were defeated by the Marathas in the late 18th century. Goa became a site that portrays mixed cultures and a very scenic layout to the travelers.

Basilica of Bom Jesus: Here lies the incorruptible body of St. Francis Xavier who is also called the Apostle of the Indies. It is a late-renaissance structure built in 1605 where the Apostle’s body was moved in 1622 by Cosimo III, Grand Duke of Tuscany who engaged the Florentine sculptor Giovanni Batista Foggini to work on the three-tiered mausoleum, constructed of jasper and marble. The casket was designed by Italian Jesuit Marcelo Mastrili and constructed by local silversmiths in 1659.

Sé Cathedral: Sé Cathedral is the largest church in Asia with grand measurements of 76m in length and 55m width. It was started building on the orders of King Dom Sebastiao of Portugal and portrays elaborate Tuscan architecture. The famous Sino de Ouro (Golden Bell) housed in the church is the largest in Asia. The Chapel of the Blessed Sacrament and the Chapel of the Cross of Miracles are truly outstanding examples of architectural workmanship.

Dudhsagar Falls: In the southeastern corner of the Bhagwan Mahavir Wildlife Sanctuary lies Goa’s most impressive waterfall at 603m. It is the 2nd highest in India after Jog Falls, 45-minutes away from the village of Colem through scenic jungles and a beautiful gorge called Devil’s Canyon. 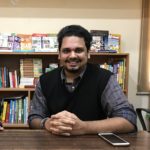 Quizzing to the top | Interview with Quiz Master 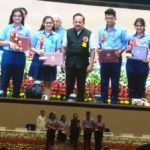