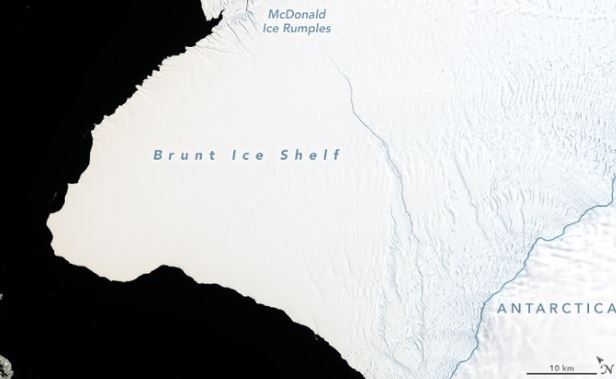 NASA has studied that an iceberg nearly twice the size of New York City is on the verge of breaking away from the ice shelf of Antarctica. Climate change is already a huge concern for the entire world as sea level rising, melting of icebergs, glaciers and other things are on the rise rapidly.

A crack along the Brunt ice shelf was observed by NASA in October 2016 which is now spreading over towards the east. This has been termed as the Halloween crack. It is expected to intersect with another fissure which was stable for about 3.5 decades. This fissure is now moving north at lightning speed of around 2.5 miles a year.

They might meet in weeks and an iceberg of at least 660 sq miles will break off from the ice shelf. NASA fears that this would accelerate ice in the upstream glaciers. This will cause an increased contribution to the sea level rise.

This breaking off will be the largest from the Brunt ice shelf in 10 decades. But this is not the only concern because NASA foresees that this iceberg would not even make the list of the Top 20 biggest icebergs in Antarctica. Moreover, in the year 2017 in July, icebergs of 2,200 sq miles had calved from the Larsen C ice shelf.

Scientists say that by 2070, melting ice in Antarctica will add more than 25cm to total global sea level rise. 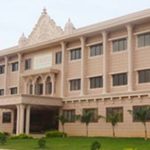 Remnants of Seawater from Ice Age discovered in Indian Ocean