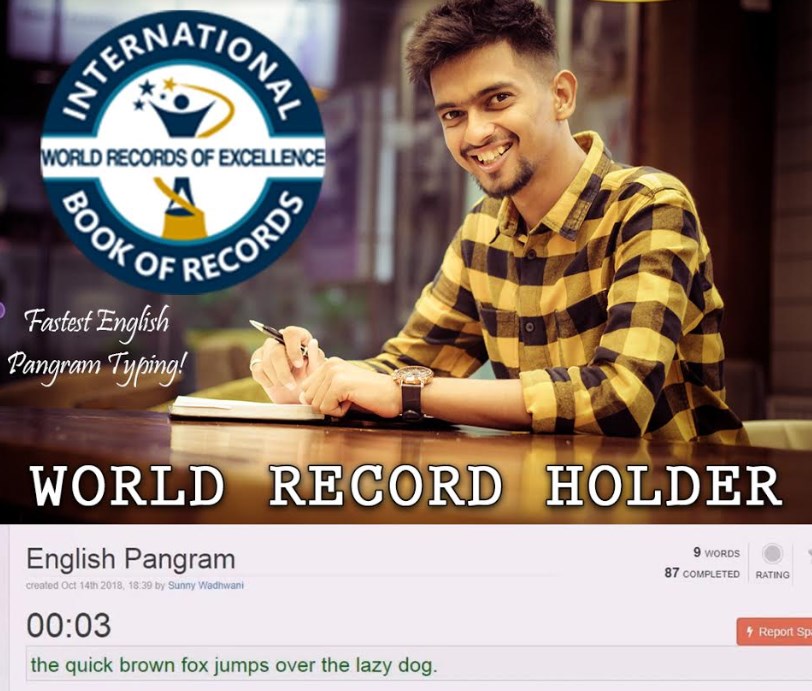 Sunny Wadhwani, 26, from Indore, Madhya Pradesh has crowned India with a new World Record Title. In mere three seconds, he typed the English Pangram- “the quick brown fox jumps over the lazy dog”.

A Pangram is a sentence containing every letter of the alphabet. Previously Sunny has achieved the world record of Fastest Roman Typing in which he typed all the characters from a to z in the chronological order.

The announcement by International Book of Records, reads, “The World Record of “FASTEST ENGLISH PANGRAM TYPING” is achieved by Sunny Wadhwani from Indore, India on 1st January 2019. Previously in 2018, he made a World Record of “Fastest Roman Typing” and now he has achieved the new title of “Fastest English Pangram Typing”. He typed the pangram sentence “The quick brown fox jumps over the lazy dog” in just 3 seconds and has set a new record.”

Sunny aspires to transform India’s education system through the wise use of technology and has founded his own Cyber Consultancy and Training Institute and Digital Agency, Wadhwani enterprises to contribute towards the vision. 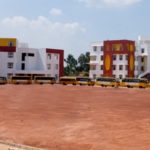 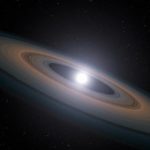