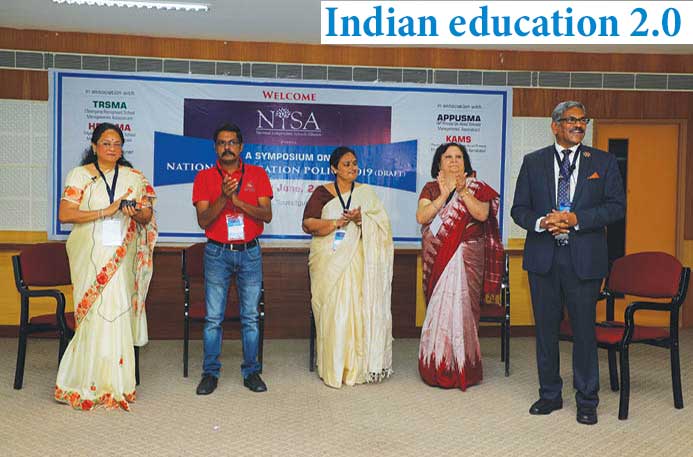 Release of new National Education Policy 2019 (draft) resulted in a series of discussions across the country. National Independent Schools Allaince (NISA) brought together education stakeholders from different parts of India for enriching discussions

Government’s most-awaited move, the release of new National Education Policy 2019 (draft) has thrown open a Pandora’s box. It has become the talking point at all forums. The National Independent Schools Alliance (NISA) organised a symposium to address the contemporary challenges of Indian Education, list the amendments drafted by government and present their own recommendations.

Around 150 school leaders assembled in one such symposium held at NIMSME, Yousufguda, Hyderabad on June 16, 2019. Renowned educationist, Dr Chukka Ramaiah, popularly known as IIT Ramaiah was the Chief Guest. He emphasised on the importance of using local language or mother tongue as the medium of teaching in the formative years. Highlighting the major shift in education he said, “40 years back, teaching was important. Now, learning is important.” Decades old education policy is now on the verge of a major overhaul. Basing learning as the prime objective, the new draft lists various amendments and the speakers presented their papers discussing each with utmost consideration. The symposium was moderated by S Madhusudhan, Vice President (Advocacy), NISA. Keynote Speaker, T Vijay Kumar, IAS, Commissioner and Director of School Education, Government of TS addressed the attendees by explaining the perspective of a parent. He suggested, listing school’s information online with transparency, will give an opportunity for parents to make an informed choice. “We must create institutions for Continuous Professional Development (CPD) of teachers,” he added further.

Dr E Prasad Rao, Founder & Chairman, Paramita Schools, Advisor, NISA shared his insights on the Curriculum & Pedagogy in Schools. Applause emerged in the audience as he announced the new structure of 5+3+3+4 suggested in the NEP draft. The educators were in agreement to give highest importance on the first five formative years.

The President of TRSMA, S Srinivas Reddy, while presenting his paper on Regulation & Accreditation of School Education, pressed on the issues faced by Budget Private Schools in implementing the RTE scheme. “BPS’s ground reality is latent from the eyes of government. Things such as minimum infrastructure aren’t plausible for a BPS that is supported with minimum fee structure. A report should be sent to the government about the ground reality of the BPS’s and we need to appeal for unconditional refund,” he recommended. 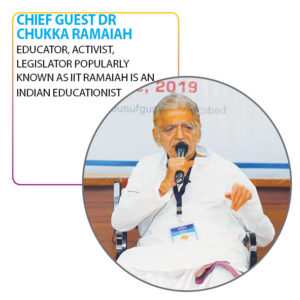 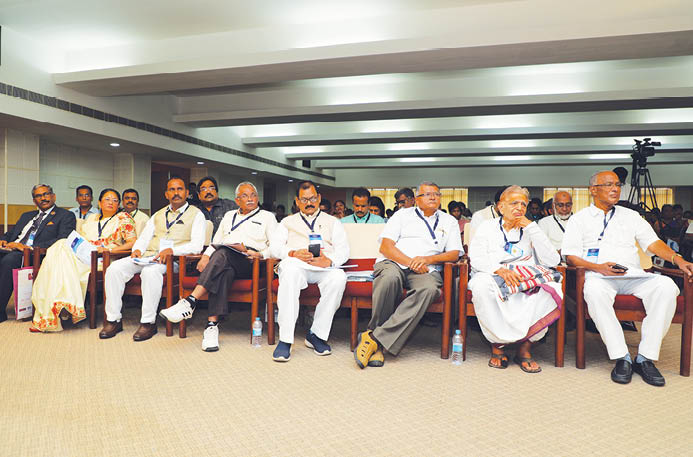 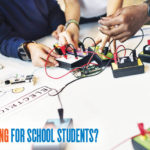 Why Coding for School Students? 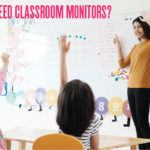 Do we need classroom monitors?

34 Lakh jobs in the next 4 years :AP CM Chandra Babu