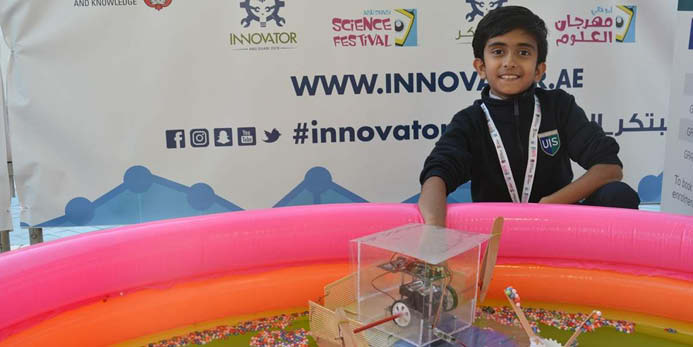 To help United Arab Emirates, an Indian student invents robots that will make the environment cleaner and greener in UAE. According to the report in Khaleej Times, “Sainath Manikandan, a student at the GEMS United Indian School, built the Marine Robot Cleaner (MBot Cleaner) and Agriculture Robot (Agribot), and said he hopes that authorities would implement his inventions on a bigger scale.”

Saving Marine Lives
The young innovator has created robots which will preserve the marine environment and help in minimizing human labour on farms. “MBot is a prototype robot that can remove floating wastes from surface water. It is basically shaped like a boat and can be operated remotely with radio control. It runs with two motors that help the boat move in the water. Popsicle sticks are attached to a wheel and then to the third motor to push the waste from the water bodies into the storage basket,” the young inventor shares in his media statement. The robot is powered by solar energy panels instead of batteries.

Helping Farmers
“The purpose of AgriBot is to help the farmers in hot countries like the UAE. It is designed to minimize the labour of farmers, in addition to increasing the speed and accuracy of the work. It performs the elementary functions involved in farming, such as ploughing the field, sowing seeds, and covering the seeds with soil, he adds. “The robot is autonomous and provides the facility for the optional switching of the ploughing system when required.”

Reports confirm that in the past year, Manikandan collected nearly 2,500 kg of paper and 250 kg of plastics. “Recycling just one tonne of paper can save 17 trees, 7,000 gallons of water, 380 gallons of oil, 3.3 cubic yards of landfill space and 4,000 kilowatts of energy,” he adds.

CBSE schools to include arts education as a mandatory subject 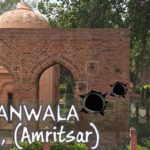 It’s been 100 years since the Jallianwala Bagh massacre happened