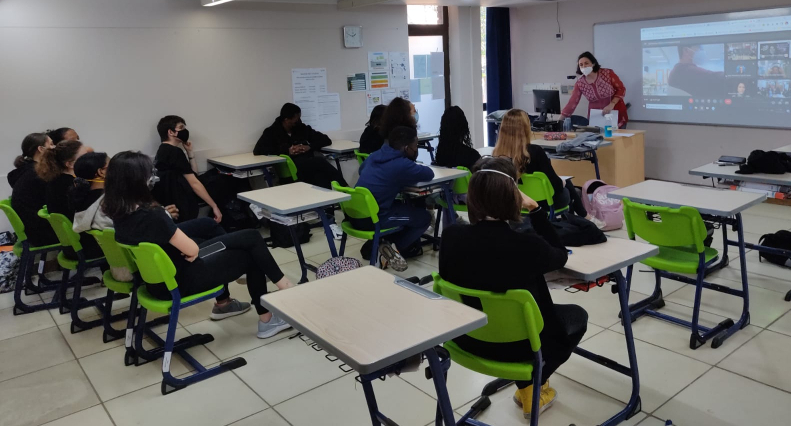 On the occasion of International Day of Women and Girls in Science, February 11, Spanish-speaking students of grade 10th at Lycée Français International de Delhi participated in a videoconference organised by San Benito de Tenerife High School, Spain around climate change and the environmental emergency.

The International level virtual conference was a part of the El Español como Puente project and was attended by 100 students from three schools – IES San Benito (Secondary school in San Cristóbal de La Laguna, Spain), Colegio San Juan Bosco (School in Spain) and Lycée Français International de Delhi. The conference was addressed by Dr. Alexandra Dubini, a molecular biologist, University of Córdoba. She enlightened the attendees about her research into algae as a source of biofuel. She encouraged the students to participate in the fight against climate change.

Speaking about the participation in the conference, Nicolas Sieger, Headmaster of Lycée Français International de Delhi said “At Lycée Français International de Delhi we believe projects like these foster a sense of responsibility for our natural habitats and ecosystems in our next generation, while helping them discover talent and nurture skill-sets. Holistic understanding about sustainable issues prepares students for future challenges. In the world of today, it’s crucial for students to know about environmental emergency and ways to prevent it. It’s a collective responsibility that requires an innovative approach and concerted action“.

Grade 10th students at Lycee French International School conceptualized ideas and prepared an informative video on India’s environmental situation. The video was prepared around COP 26, United Nations Climate Change conference, a project for their Spanish class as part of the ‘week of French High Schools Abroad organized this year by the AEFE’ around the theme: “Arts, sciences and sustainable development: French education to prepare for the world of tomorrow’’. The students also created photomontages as an attempt to raise awareness around the environmental emergency. The photomontage to create ecological awareness at LFID, which was designed by Angeliki Moatsou was announced as the winner. 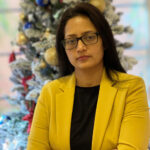 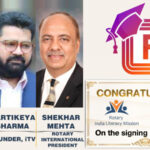 EDU-TECH-FOR A CAUSE: FIRST IN CLASS LAUNCHES FREE EDUCATION PLATFORM FOR 1,00,000 MARTYRS FAMILIES

Not grades but marks for first semester CBSE students