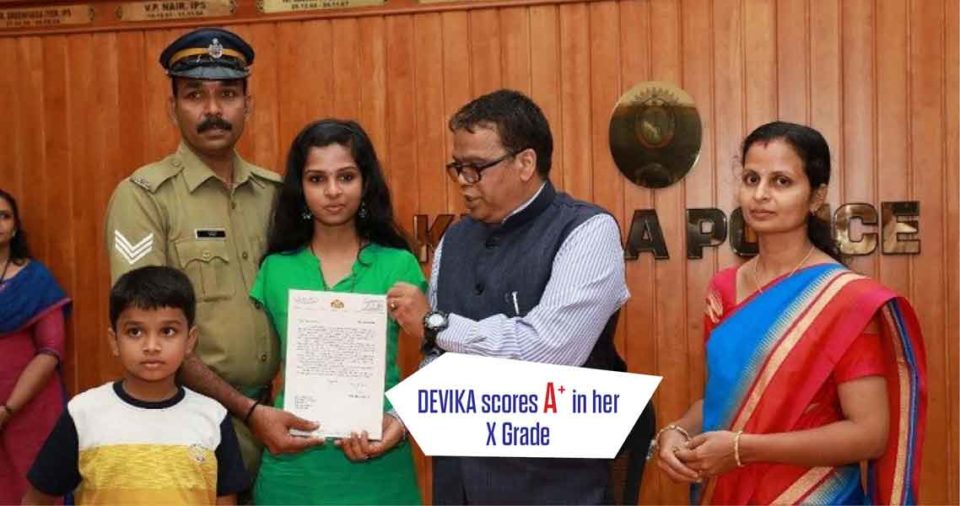 Born without hands, Kerala girl scored A+ in her 10th grade exams by writing with her feet and was felicitated by the Police Chief. Devika and her parents were taken by surprise as they did not realize that scoring an A+ was anything extraordinary. Hailing from Malappuram in Kerala, Devika has always written with her feet. This can be a shock for the outsiders but was nothing extraordinary for the family.

“It’s been like that since birth,” said Sajeev, Devika’s father who is a senior civil police officer in Thenhipalam police station, Malappuram. She was felicitated by Kerala Police Chief Lokanath Behera. Behera commented that it is her will power and mental strength that brought her to success.

“Teachers at her school helped too, of course. They have all come to visit her after the results were out,” mentioned her mother Sujitha. She was the one who got Devika to hold the pencil between her feet, learn the alphabets and made her ready for school.

A student of Chandan Brothers Higher Secondary School in Vallikunnu, Devika can write in Malayalam, English and Hindi and has opted for Humanities steam in Class XI. 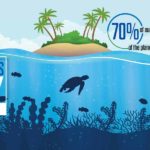 World Oceans Day 2019: celebrated every year on June 8 by UN 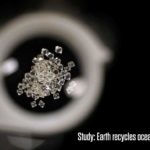 School teaches ‘How to Beg’ in Bihar

In Haryana, Midday Meals Extended to Out-of-School Children and Drop-outs