Magadh University has postponed the undergraduate courses exam due to upcoming general elections. The exam time and centre will not change for the convenience of the candidates.

In its official statement, Magadh University said, “The exam dates were clashing with the dates of general elections and hence stand postponed. The exam time and centre remain the same for convenience of the candidates and the dates only are rescheduled.”

The university was to conduct the exams for popular undergraduate courses like BA, B.Sc. and B. Com. Due to the upcoming elections, the university has decided to change the dates of the exam. The exam for the students of the second year was to start from March 18, 2019 but now it has been postponed and will be conducted from June 8, 2019.

In a notice dated March 15, 2019, the university has stated that the exam department held a meeting and decided to postpone the exam to a further date. Earlier, the exams were to take place from March 18 but now it will take place from June 8, 2019. 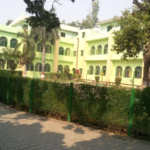