A new study has shown decline in the number of new corals on Australia’s Great Barrier Reef by 89 percent due to bleaching events in 2016 and 2017. The Great Barrier Reef lies off the coast of Queensland, Australia (north-eastern). This is the largest living thing on earth that is also visible from space. This 2300 km long ecosystem of organisms is made of thousands of reefs, and over 600 types of hard and soft coral. It is also home to innumerable fishes, mollusks, starfishes, turtles, dolphins and sharks. Almost two-thirds of the world’s largest reef system was damaged last year which is also sparking the collapse of coral re-growth.

The repeated bleaching of the reef is reducing its ability to recover due to which baby corals’ rate of settling has fallen by 90%. 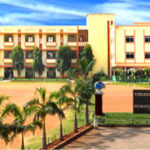 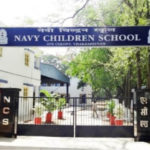 A new species of ancestors discovered in the cave of Philippines

Scientists Turn To AI Deepmind As An Antidote To Coronavirus