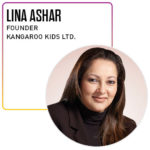 The rigid structure of our education system allows little scope for all round development. Exams and competition are taking a toll on students. Declining mental health is a serious concern for students but unfortunately, it often goes unnoticed or overlooked.

According to lancet and National Crime Records Bureau (NCRB), every hour one student in India commits suicide. Based on the report in 2015, 8934 students committed suicide. In 2016, 9474 students ended their lives.

The central government allotted ` 46.58 crore to states to hand out funds to government schools for guidance and counselling provisions in 2017-18 but accountability and data is an issue.

According to a study by the World Health Organization (WHO) in 2014, India was the most depressed country in the world. The study, conducted for the NCMH (National Care of Medical Health), also showed that at least 6.5 per cent of the Indian population suffers from some form of mental disorder.

Schooling is not just to ensure that children become literate, numerate and well-versed in various sciences and skills. School, ideally, is also a place for children to hone the social and emotional abilities they will need to navigate the complex ‘real world’,” says Rajani M Konantambigi of Tata Institute of Social Sciences.

Mental health issues consist of a wide range of issues including depression, anxiety, schizophrenia and bipolar disorder among many more.
They can be differentiated into 7 main groups:

In spite of the Central Board of Secondary Education (CBSE) guideline making it mandatory for schools to appoint counsellors, there are few who adhere.

Mariama Thomas, a counsellor says, “A non judgemental counsellor in every school is the need of the hour. Almost everyone in society needs counselling, more so young kids. Many a time a simple pep talk could prevent even suicides.”

Unlike the past, the students today have to grapple with gaming disorder, insomnia, substance abuse and depression.

Times suggests that 12% of Indian students between the age of 4 and 16 suffer from psychiatric disorders. 20% show signs of mental disorders, out of which 2-5 % have serious concerns like autism or bipolar disorder.

A CASE FOR CO-ED SCHOOLS