Gone are the days when learning spaces at schools were confined within the four walls. Progressive schools around the world have started transforming learning spaces. Some of the most successful companies (Google, Apple, Microsoft, and yes, even Reliance Jio) have done away with cabins/cubicles and have replaced them with open work zones where CEO’s, managers and executives can brainstorm and collaborate together. Today’s business environment requires people to work together. The modern office has changed where compartmentalisation has given way to collaboration.

Since children will eventually go to work in modern offices, they need to learn in the same ways in which they will operate in the future.

To meet the needs of the future, schools also need to adapt and change. Progressive schools around the world are dismantling classrooms and instead creating ‘Google like’ variable zones. Zones in which children can learn in small and large groups – conduct projects, experiment, research and present their work.

The Problem Based Learning (PBL) movement is gathering momentum globally. This format of learning helps learners learn in a way they are better equipped to deal with real world problems. PBL learners generally have stronger fundamentals; they are superior in working with others and in facing real world challenges.

Traditional classrooms, the way they are designed, force a teacher to teach students in the same way and at the same speed. A one-way lecture is the primary mode of teaching in such classrooms. On the other hand, PBL thrives on open learning zones as they truly simulate a real world work environment. Open learning zones are designed to facilitate progressive teaching methodologies such as one on one learning, small group learning, multi-age learning and team teaching (where a team of teachers from various subjects and disciplines collaborate to teach together). These result in significantly higher levels of learning for all learners where majority of learners are not left behind.

The design of open learning zones takes teaching away from one-way lectures and towards multiple teaching styles. The learner gets placed in the center of the learning process. Research also says learning is a social process – multiple zones enable learners to work and learn together. The focus shifts from the teacher to the learner, and the learner takes greater charge of his/her learning. Greater autonomy enhances ‘learner voice and choice’ making learning more interesting, effective and powerful. Interested learners are far more interested in what is being taught. Greater attention leads to greater retention, thereby improving exam scores.

Air conditioning and air purification are easier to manage in open learning zones. In cities of northern India, and in general in megacities, air pollution levels are quite high. Air purification works better with fewer access points and having no classrooms helps in reducing the number of openable doors. It is easier to place variable seating in open zones. Cutting edge 21st century orthopaedic research says ‘sitting is the new smoking’. Traditional desks and chairs (mainstay of traditional classrooms) are giving way to multiple seating. Open and multiple seating design leads to increased movement which is healthy for the mind and body of young learners. It’s a win-win. 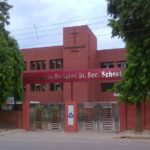 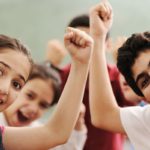 NCERT To Undergo Changes in the next Two Years