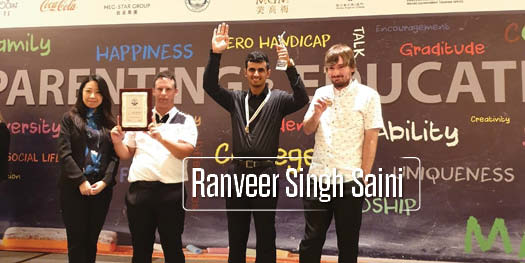 Once again a proud moment for the country as Ranveer Singh Saini represented India and won a Gold medal at the Macau Golf Masters Invitational Tournament-2019 held on 25th & 26th April 2019.

It is worth highlighting that this is Ranveer’s 5th Gold medal in his 6 appearances at the Golf Masters. With over 100 golfers from around the world including Australia, USA, Switzerland, Costa Rica, Zimbabwe, Korea, United Kingdom, Hongkong, Brunei, Thailand, Sweden and India and with all age groups averaging 30 years, Ranveer clinched the Gold Medal and the other two Indian Golfers who also played won. Ankush Saha –Silver Medal & Kushagra Gaur- Bronze Medal in their respective divisions. 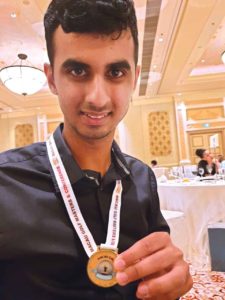 This spectacular victory makes Ranveer unbeatable in Golf as he consistently continues with his streak of wins.

The Limca Record holder for four consecutive years 2013, 2014, 2015 and 2016, Ranveer is also the recipient of highest state sports award of Haryana ‘Bhim Award’ along with numerous other prestigious awards and honours. 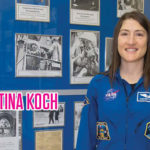 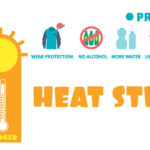 Experts say to be cautious of water-borne ailments, heat strokes in this summer

Captain Cool back for his 200th ODI Captaincy