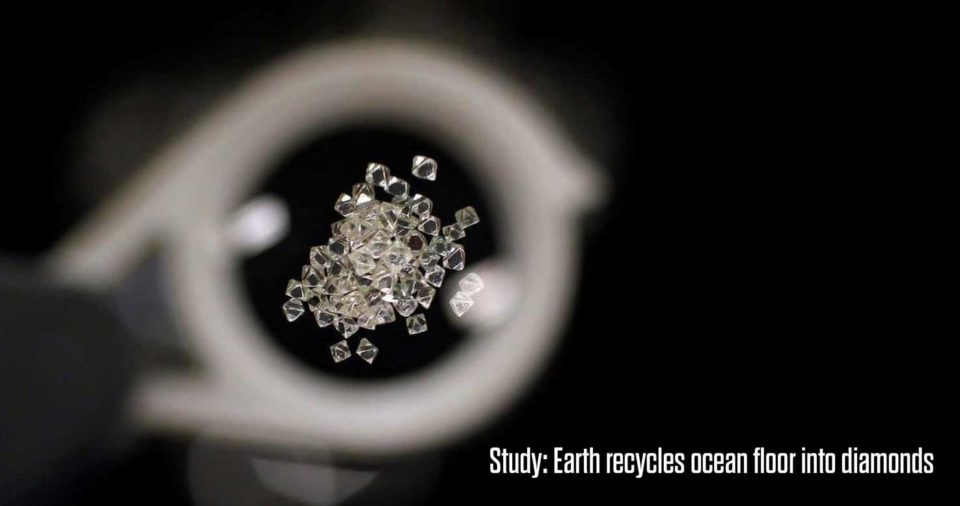 According to a study led by Macquarie University geoscientists, the Earth recycles the ancient ocean floor to make salty diamonds. This is stated after looking at the traces of salts trapped in many diamonds.

The diamonds from the ocean floor, also called as fibrous diamonds are cloudy. They usually include small traces of sodium, potassium and other minerals. These minerals reveal information about the environment where they were formed.

Experiments were held by Dr Michael Forster, Professor Stephen Foley, Dr Olivier Alard, and colleagues at Goethe University and Johannes Gutenberg University in Germany. Recreating the extreme pressures and temperatures found 200 kilometers underground, they have demonstrated that seawater in sediment from the bottom of the ocean reacts in the right way to produce the balance of salts found in diamond.

Fibrous diamonds unlike gem-diamonds form quickly and trap tiny samples of the fluids around them. They are commonly ground down and used in technical applications like drill bits.

“We demonstrated that the processes that lead to diamond growth are driven by the recycling of oceanic sediments in subduction zones. The products of our experiments also resulted in the formation of minerals that are necessary ingredients for the formation of kimberlite magmas, which transport diamonds to the Earth’s surface.” Michael added.

The experiment also found that at 120-180 km depth, the salt balance of these diamonds is similar to that found in natural diamonds. 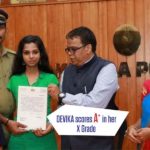 Kerala girl writes with feet, scores A+ in her 10th grade exams