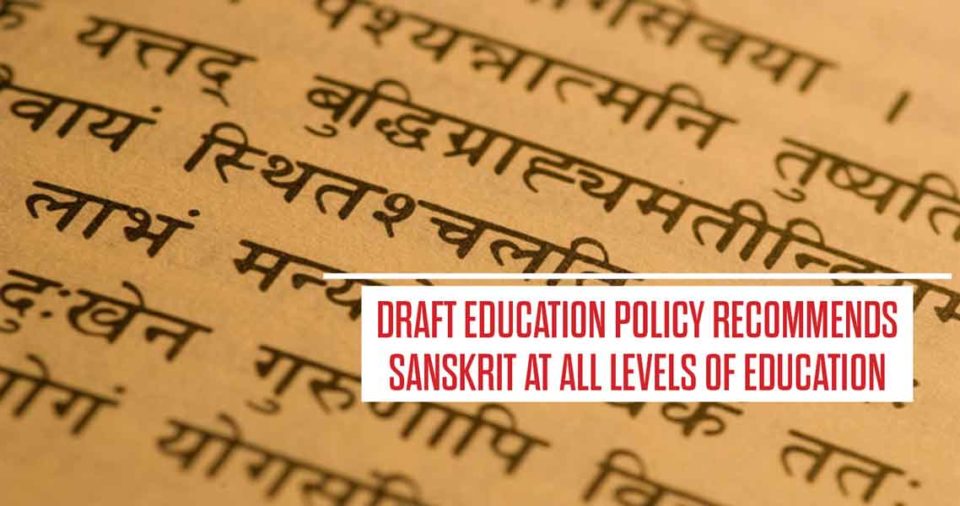 It has been recommended by the draft of the New Education Policy 2019 that at all levels of school and higher education Sanskrit should be offered as one of the optional languages on par with all Schedule 8 languages. A simple standard to teach ‘Sanskrit through Sanskrit’ (STS) and make the works of Kalidasa and Bhasa widely available has been recommended by the committee.

ISRO chief K Kasturirangan heading the NEP committee has recommended that, in order to teach Sanskrit through Sanskrit (STS) and make its study truly enjoyable, Sanskrit textbooks at the Foundational and Middle school level may be rewritten in Simple Standard Sanskrit (SSS). The committee of experts is of opinion that in the Indian tradition Sanskrit (and Prakrit) has played a great role in the quest for knowledge that includes liberal arts or the study of the 64 Kalas and hence the study of Sanskrit & knowledge of its extensive literature is recommended.

It has been emphasized that wherever relevant Sanskrit writings which were history-changing will be integrated in various school subjects, in literature & writing classes such as Bhaskara’s poems on mathematics, puzzles which help to make the study of mathematics more engaging and even the incorporation of relevant Panchatantra stories in ethics classes, etc will be done.

For ensuring the classical languages & literature to stay alive and vibrant, even the teaching of these languages, such as Tamil, Telugu, Kannada, Malayalam, Odia, Pali, Persian, and Prakrit has also been recommended especially in the states where they may be best taught and nurtured. 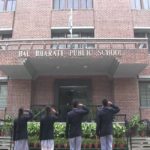 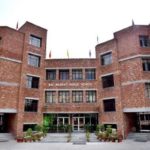