The satellite is meant to be used in the fields of surveillance, agriculture, forestry and disaster management support. It was released into the orbit after 15 minutes of the lift off. RISAT-2B will replace RISAT-2, launched successfully in 2009.

“This is a very, very important mission for India. It is an excellent satellite with hi-fi earth observation (capabilities),” said ISRO Chairman K Sivan.

The satellite has a life span of five years and will also be used for military surveillance. It is equipped with synthetic aperture radar that enables it to take pictures of the earth during day and night, even under cloudy conditions.

This is the third launch in 2019 and the 36th launch from the first launch pad. It also marked the 72nd launch vehicle mission from Sriharikota. 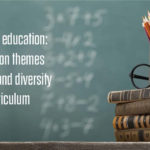 Reduction on themes of democracy & diversity in the curriculum 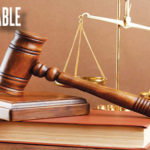