According to ‘SEVIS by the numbers’ report India and China continue to send the largest number of students to the US with Indians topping the list of those opting for science, technology, engineering and mathematics. As per the report China and India sent 362,368 and 206,698 students respectively in the last one year.

India accounts for the largest number of students in STEM field, which stands for science, technology, engineering and mathematics.

There are 1.18 million international students with F (academic) or M (vocational) status studying at 8,774 schools in the US, it said.

The global student population increased by two per cent compared to May last year, with 76 per cent of students enrolled in higher education programmes of study, according to the report.

The biannual report on international student data, which includes a new section on regional data trends, is prepared by the Student and Exchange Visitor Program (SEVP), part of US Immigration and Customs Enforcement’s (ICE) Homeland Security Investigations (HSI).

Nearly 514,000 international students pursued science, technology engineering or mathematics (STEM) degrees in May, marking an eight per cent increase from May last year.

Thirty-nine per cent of those students pursued engineering degrees.

India not only had the largest number of STEM students, but also the largest proportional STEM student population; 84 per cent of Indian students in the US studied STEM, it said.

According to the report, 79 per cent of the international students hailed from Asia.

Among continents, South America had the largest percentage increase (6.5 per cent) in international students studying in the US when compared to May last year.

Even with a 19 per cent decline – the steepest percentage decline among the top 10 Asian countries – Saudi Arabia still had 55,806 students studying in the US in May, ranking fourth among Asian countries. 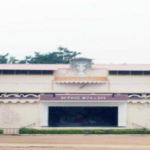 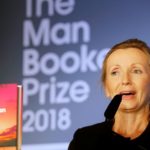 A new test detects the capability to teach special children