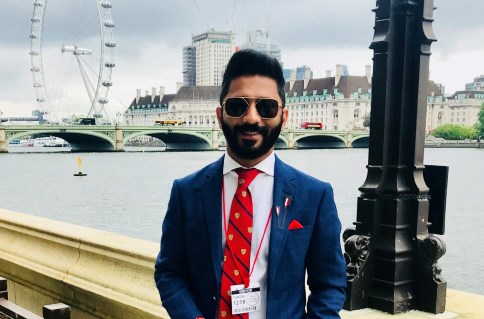 The world is embracing multiculturalism. It has been doing it now for almost a century. While this may be true for the world, India has never been a stranger to multiculturalism. It is an experience that runs deep in the Indian psyche, and it has become a part of our DNA over time. Multiculturalism was the secret ingredient in the recipe for success in ancient India. It made every monarch in the world send their emissaries to India.

It was Mohandas K. Gandhi who said, “I do not want my house to be walled in on all sides and my windows to be stifled. I want all the cultures of the land to be blown about my house as freely as possible.”

To move forward towards a bright future, we need to protect multiculturalism fiercely, as it is one of the defining cornerstones of the modern era. It is true in every sphere, but none more so than the education sector. The assortment of knowledge which we today call education came about from many thinkers across many different lands.

An education system that embraces the idea of multiculturalism and cherishes it will have the potential to take the country and its people to new heights both in humanity and progress. A multicultural classroom can become a laboratory that creates future leaders who have grown up to understand an inclusive perspective which champions diverse cultures and countries.

The classrooms in India are steadily growing more diverse than ever before with students emigrating from Africa, the Middle East and other Asia countries to get a good education. We must understand the enormous potential of this opportunity.

Having a diverse student body may pose some challenges, but the benefits outweigh any limitations. Students will grow and learn well beyond the walls of a classroom in such an environment. Young children have many advantages in a multicultural classroom that will help them climb the ladder of success.

Imagine a broad group of children from different cultures and different countries present within four walls of a classroom sharing their thoughts and perspectives about the world around them. It is experiences that will help young children get a deeper understanding and appreciation of each other’s culture.

Exposure to new ideas and outlooks

When children learn and spend time with people from different cultures at an early age, they invariably become accustomed to understanding things differently. This multicultural experiment in the past has always yielded excellent results with the United States, Canada, and Australia being the prime examples of strong world powers with a very diverse body of immigrants.

A celebration of cultures and customs

Students studying in a multicultural classroom will promote growth and reflection. They will have the opportunity to debate and form healthy attitudes about different people around the world. Students will have a first-hand experience of how everyone is similar despite their cultural differences. They will learn to cherish and celebrate every aspect that makes an individual unique.

An empathetic society that values humanity

When we look at certain segments of the population today, intolerance towards people with different beliefs, customs and traditions, one cannot help but think why it happens time and time again. If everyone is exposed to different perspectives and ideas at an early age, we gain to establish a society that is kinder and more understanding.

With more and more people identifying themselves as global citizens, we have a chance to teach that in the classroom. We can give young minds an opportunity to become a part of an emerging world community whose actions contribute to building this community’s values and practices.

Multicultural classrooms are crucial in helping young children learn to integrate and communicate with others from different backgrounds and culture. A few examples include Karl Marx – a socialist revolutionary, Sergey Brin – co-founder of Google, Elon Musk – CEO of Tesla Motors, Joseph Pulitzer – journalist and publisher, Arianna Huffington -co-founder and editor-in-chief of The Huffington Post and the list goes on. Integrated classroom environment also facilitates in providing students with the opportunity to combat stereotypes and prejudicial behaviour while creating minds that critique society in the interest of social justice. All in all, a diverse classroom enhances a very humanising effect of education on students as it allows them to engage in civic discourse. India has emerged on to the world stage, and we must now equip our students with new-age tools and skills that can only be inculcated if they are to gain a global outlook that is grounded in humility, understanding and camaraderie. All of them are the products of multicultural classrooms. We need to realise the real potential of multicultural classrooms to ensure the next Bill Gates or Steve Jobs comes out of our schools/universities. 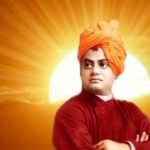 The Swami, the selfie, the self!~ Sudeep Ghosh 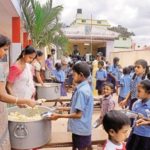 Byju’s One of the World’s Top Ten Downloaded Apps

How the Education sector responded to Budget 2019-20