Aman Maqbool from Delhi Private School, Sharjah, is a 17-year-old autistic teenager who was among the Indian school students in the United Arab Emirates (UAE) and topped the Central Board of Secondary Education (CBSE) Class 10 examinations. Having scored 94.3% Aman Maqbool became one of the CBSE Class 10 toppers from UAE. Throughout his school career, he scored over 90% and wrote the exam with the help of a scribe.

Aman’s father Maqbool Ahmed, a Keralite who settled in the UAE for 20 years said that Aman had told them that he would be scoring 80% and above, but they are quite surprised as they didn’t expect him to score so much. His father further said that Aman has a photographic memory and he consistently scored high marks. Aman has never taken tuitions or special coaching.

Buvaneswari Jayasankar is the topper from the Indian High School in Dubai and she scored 99.2% marks, with 100 in French, Mathematics and Social Science. 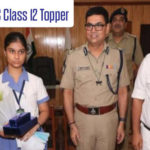 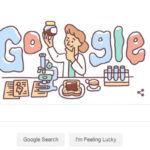